My best trek this monsoon season so far.. Steady hill climb, a hike across lush green plaeau, climb up the gushing waterfall, steep ascend up the mountain, traversing across extremely windy exposed ridge, a super buffet lunch, a big adventure while descending through swollen waterfalls; a off road ride on flodded tracks; and finally ending with Chai and Kanda Bhajias n Vada Pavs at Karjat before we bid good bye... until next time 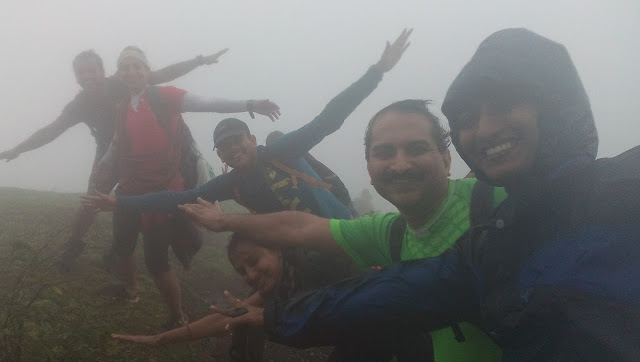 Stormy winds on the exposed ridge.. click here for video 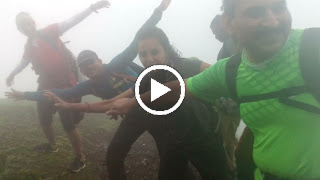 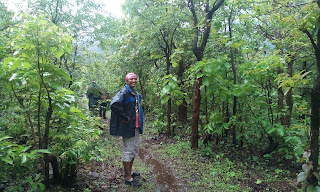 Beginning of the trek 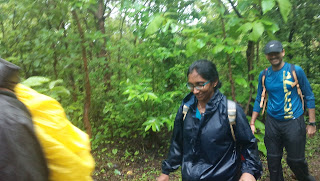 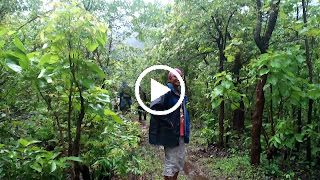 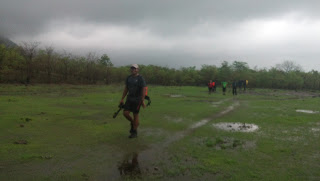 Flat plateau.. around  45 to 60 minutes trek from the village. 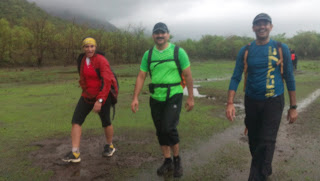 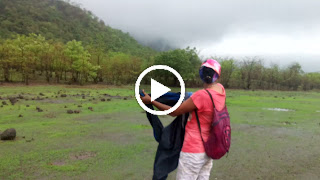 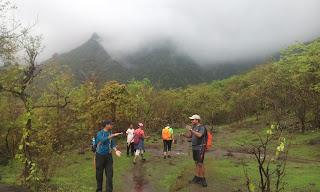 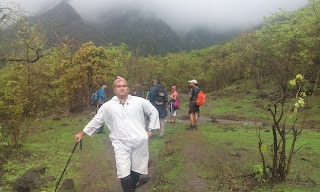 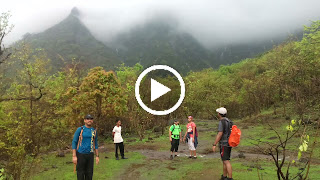 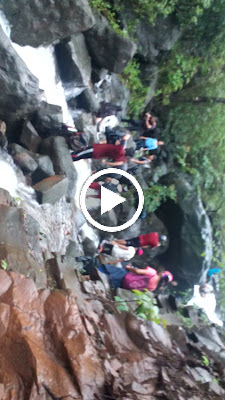 Climbing along the waterfalls.. 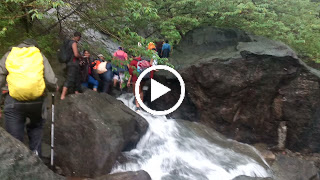 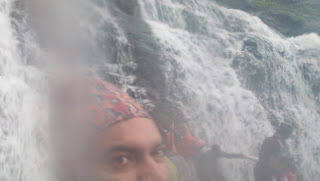 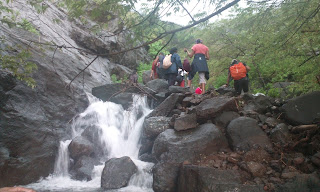 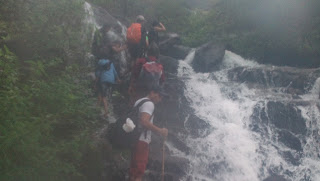 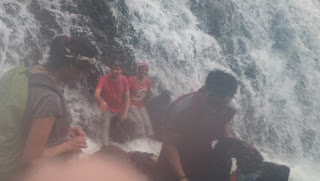 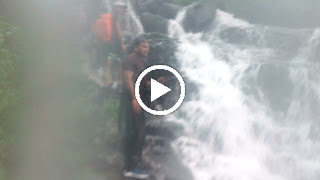 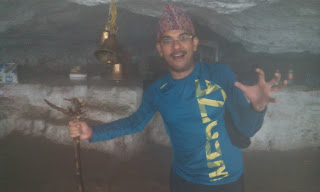 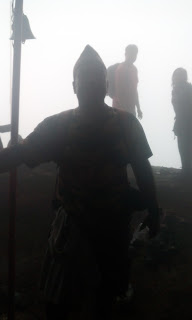 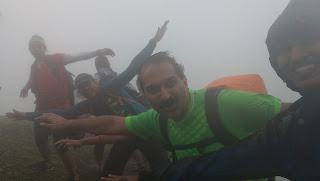 Gushing storm on the exposed ridge.. 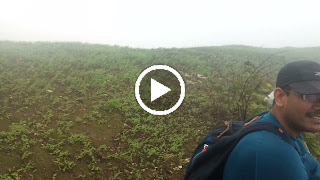 Route: Chinchavali is accessible from Vangani and Badlapur Railway Stations on Central line (You may hire an auto from the railway station).

One needs to cover a long distance from Vangni station (East). Exit Vangani station from back side (towards CST side). Walk the small road leading to the highway. Take an auto to reach Chinchavali. The trek route follows via Chinchavli village, which is at a distance of about 3 Km (15-20 minutes by Auto or 30 minutes walk).

If you are driving down take road to Badlapur from Kalyan and then to Chinchavali from Badlapur(E). From Pune take the old-Mumbai Highway till chowk, take a left and follow the Chowk-Karjat-Neral road which further goes to Badlapur, after Vangani, take left from the turn just after Hotel Chanderi


The trek starts with a easy walk going through farm houses, empty plots, small stream (it is almost a size of river during monsoon) and tons of slushy mud before you arrive at a small school. That is the starting point of the trek.
It is a mild walk in the beginning with gradual descent, if you are one of those adventurous exploring kind follow the markers laid out earlier by the various trekking groups solving the jigsaw puzzles sometimes going back and forth. This trek is known for trekkers losing their way. Or be smart hire professional trekking guide from an adventure company like “Offbeat Mandala” www.offbeatmandala.com . As you trek further the route becomes steeper and more challenging to climb especially during monsoon it is slippery at several places. But monsoon also brings out the best in Sahyadari range (name of Western Ghats in Maharashtra).

During the trek you will reach Y fork which showed two paths going two peaks, Chanderi on the left and Mahismaal on the right. A saddle (Cole) in the middle separates the two forts.

This place is generally considered as a first rest point by most trekkers. The real trekking adventure starts from here. The trail follows through the hillocks and shrubs, right to the Cole. Chanderi is known for its getting lost in the jungle so be ready for a Jungle Treasure Hunt. Not finding the trail is kind of expected phenomenon, so don't panic. And if u take a wrong turn, you will either find yourself amidst huge boulders or into a water stream!! Keep a look out for markers left behind by other trekkers at the same time it is wise to make your own markers so that you can trace back your route in case you are lost. Its also wise to make a mental note of prominent land marks; direction of sun with time; carry a local map if possible along with compass. Its fun to play an explorer.

After some scrambling, climbing, on occasion slipping you will finally reach the top at Chanderi Cave. During monsoon you should not go beyond this point. Take a break and replenish yourself by taking some rest, water and meal break. Soak yourself in the fresh atmosphere and enjoy view. This cave lies below a huge square massif. There is an old idol kept inside the cave. You can get a magnificent view of Peb, Matheran, Prabalgad, Irshalgad and Panvel region from here. Avoid going beyond the huge rocks n boulders as its very risky during monsoons.

The 300 ft. pinnacle is one of the favorite rock climbing spot for many budding climbers. Top of the fort can be reached from the back. Don’t attempt to climb the pinnacle during monsoon or without proper assistance of mountaineer team and equipment’s.

The descend is not tough, but can be bit slippery at places during monsoon.

Chanderi is a good trek during monsoon and winter.