A Journey to Misty Magical Land 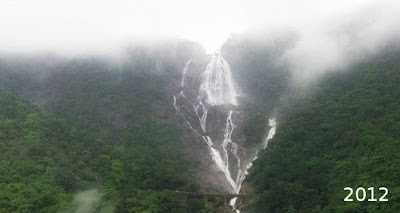 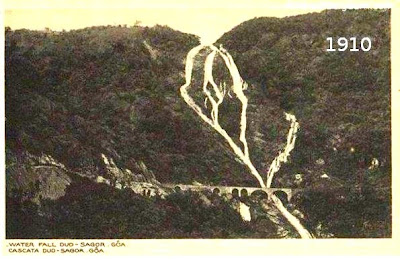 The unchanged paradise for almost a century! 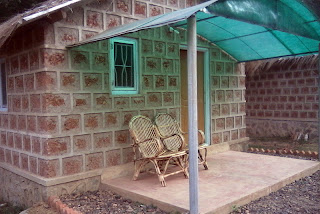 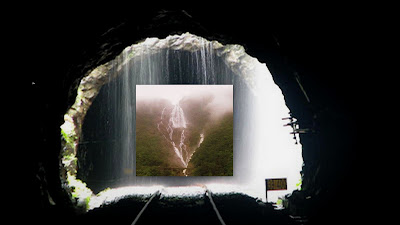 One of the many tunnels through which the train passes

The magnificent Dudhsagar Waterfall is perched in the high peaks of the Western Ghats and is a sight to behold especially in the monsoons when it is in full and furious flow. From a distance, the waterfall appears like streams of milk rushing down the mountainside. The exhuberent and spectacular waterfall is located in the Sanguem taluka. Measuring a mighty 600m from head to foot, this waterfall on the Goa-Karnataka border, attracts a steady stream of visitors from the coast into the rugged Western Ghats. After pouring across the Deccan plateau, the headwaters of the Mandovi River form a foaming torrent that splits into three streams to cascade down a near-vertical cliff face into a deep green pool.


The Konkani name for the falls, which literally translated means "sea of milk", derives from clouds of milky foam which rises up at the bottom of the falls. Dudhsagar is set amidst breathtaking scenery overlooking a steep, crescent-shaped head of a valley carpeted with pristine tropical forest, that is only accessible on foot or by train.

Associated legend
Like most places in Goa, the Dudhsagar waterfall too has a legend attached to its name. The legend tells the story of this powerful and wealthy king who ruled a kingdom in the Western Ghats. His lavish and opulent palace in the hills was surrounded by vast gardens which were full of deers and gazelles.

The King had a beautiful daughter, who used to enjoy taking a bath during the hot summers, in the picturesque lake near the forest on the edge of the King's palace grounds. It was her habit to finish her bath and have a jugful of sugared milk in a jug made of pure gold.

One day when she was finishing her usual jug of milk she found herself being watched by a handsome prince standing amongst the trees. Embarrassed by her inadequate bathing attire, the resourceful Princess poured the sugared milk in front of her to form an improvised curtain to hide her body, while one of the maids rushed to cover her with a dress.

Thus was the legend born? The sugared milk (dudh) poured down the mountainside and continued to flow in torrents as a tribute to the everlasting virtue and modesty of the Princess of the Ghats. The Dudh Sagar (Sea of Milk) continues to flow to this day and attracts thousands of visitors to one of the most popular and famous tourist spots in the state of Goa.

Near the top of the falls, the railway line from Vasco to Londa crosses the mountainside, with excellent views from the train. There also a couple of pools that you can swim in, making Dudhsagar a great place for a day full of fun and frolic. The alternate way of reaching the falls is only advisable between January and May, when the level of the water in the rivers abates enough to permit jeeps to approach the base of the falls.

Fall and Its Surroundings
Dudhsagar waterfalls and the roads surrounding it are maintained by the Goa Forest Department. It is considered to be one of the world's most beautiful water falls, is listed as India's fifth tallest water fall and has a total height of 310 meters. It looks extremely spectacular especially during the monsoon season. However, the roads leading to the fall remain closed during the rainy season and are opened for public transport only after October. The cascading waters form a pond beneath in which people can bathe but at their own risk. The waterfall which is located inside the Bhagwan Mahavir Wild Life Sanctuary of Collem in South Goa is surrounded by a thick deciduous forest which houses various species of animals, plants, insects and birds.

A video showing the waterfalls in the monsoon. A breathtaking view!