September 24, 2006 – we were scheduled to meet at Andheri, SV Road, near Ahura Bakery as usual at 6 am. Team size anticipated around 32 to 33. Team Nature Knights for Exploration Trek to Visapur Fort and Bhaja Caves was a mix of some old and new members. We started at around 6:30 am; picking-up members at Bandra, Sion, Chembur and finally last person after Mankrud bridge.
After picking up the last person we immediately started a theme based introduction; the theme was to brag about oneself and what was their fantasy for a dream one-day trek. The imagination for fantasy was stretched from dream one day trek to a full fledge expedition at Amazon Forest to an ambition to explore entire world going to the extend of scuba diving and flying a fighter jet; this was coupled with a brief about oneself.
As the introduction got over; we were almost at the express highway food mall. The breakfast was stretched from originally announced 15 min to 45 min; due to slow service at the restaurant. This at the cost of annoyance of few sincere members who strictly stuck to the agreed schedule landed up on time at the bus in 15 minutes. Killing time while waiting for other can be one of the most annoying times to pass.
We reached base of the Visapur hill; at Bhaja Village exiting express highway Lonavala near Walvan Dam, then taking left around 15 km further down on National Highway NH4 at cross road junction with one road going to Karla Caves and other to Malavli Village where we were heading.
A quick session on Dos and Don'ts; followed by a quicker script on Visapur / Lohgad background we started with our local boy-scout Vishal who was our route guide for rest of the day. Express History of these forts

Our first major destination for the day Visapur stands tall at a height of 3567 feet; this fort is located next to another fascinating fort Lohagad. These two forts are separated by a small khind called Gaimukh. These forts were built during the period of Satavahana reign. After being under the control of Nizamshah and Adilshah, the forts were then conquered by Shivaji, Later in a treaty signed by Shivaji with Mirza Raje Jaisingh, he handed over twenty three forts to Aurangzeb. Subsequently he recaptured these forts; after his death the forts came under the rule of Mughals before Kanoji Angre won it back. During the time of the Peshwas these forts were used quite a lot. The last rulers of the fort were British.
My Philosophy of enjoying a trek, and few etiquettes

Important factor to enjoy trekking day after day and year after year is all about understanding one self (understand your physiological and technical capabilities); understand the environment and terrain; co-op as a team and understand the agenda for the day and/or trip. And most important enjoy your trek and company.
A trekking party; especially having 32 or more varying degrees of dynamics will have all kind of characters; There will he ones whose objective in life for a trek will be to reach the top as-fast-as possible; dig the flag post and then also start back ASAP. Then there will be other end of the contrast who will want to laze through the entire trek; for various reasons from being tiered due to lack of sleep and or fitness level at that  time and date or simply don't want to rush through the things; nothing wrong with that but we also have a tentative time table to maintain. Most of the members (90%) will lie between the two extremes.  And we will exclude the two extreme exceptions when we decide on ideal trekking etiquettes. 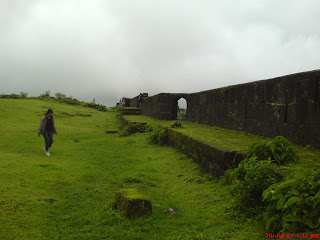 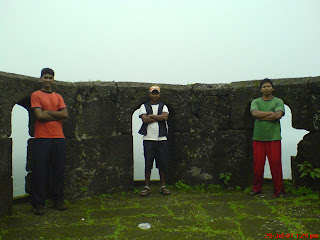 The final phase was in the return journey; we sang all the ways back till Andheri till we bade each other Phir Milegee.
Author
M. Asif
Founder
Nature Knights
Posted by natureknights@gmail.com