Eco-Adventure Safari to Bhutan the Last 'Shangri-La of Himalayas'.
One of the remotest places in Himalayas
A Journey to the Land of Peaceful Dragon
Spectacular mountain terrains
Varied Flora and Fauna 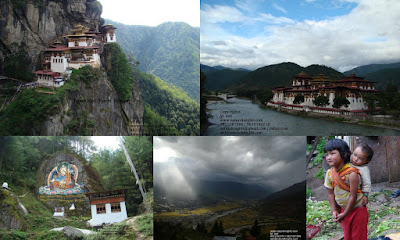 To register for an event click here
About Bhutan
The Kingdom of Bhutan is one of the remotest places the last Shangri-La in Himalayas, located at the eastern end of the Himalaya Mountains and bordered to the south, east and west by the Republic of India and to the north by the Tibet Autonomous Region. The Bhutanese called their country Druk Yul, which means "Land of Dragon".
Bhutan used to be one of the most isolated countries in the world. Developments including direct international flights, the Internet, mobile phone networks, and cable television have increasingly modernized the urban areas of the country. Bhutan balanced modernization with its ancient culture and traditions under the guiding philosophy of Gross National Happiness (GNH). Fervent protection of the environment has been a top priority. The government takes great measures to preserve the nation's traditional culture, identity and the environment. In 2006, Business Week magazine rated Bhutan the happiest country in Asia and the eighth-happiest in the world, citing a global survey conducted by the University of Leicester in 2006 called the "World Map of Happiness".
Bhutan's landscape ranges from subtropical plains in the south to the Sub-alpine Himalayan heights in the north, with some peaks exceeding 7,000 metres (23,000 ft). The state religion is Vajrayana Buddhism, and the population of 691,141 is predominantly Buddhist, with Hinduism being the second-largest religion. The capital and largest city is Thimphu. After centuries of direct monarchic rule, the King voluntarily abdicated himself for his son and devolved power to the people. Bhutan held its first democratic elections in March 2008 and Druk Phumtshum Tshogpa (Peace and Prosperous Party) won by a landslide margin (winning 45 out of the 47 seats). Among other international associations, Bhutan is a member of the United Nations and the South Asian Association for Regional Cooperation (SAARC) and hosted the Sixteenth SAARC summit in April 2010. The total area of the country is currently 38,816 square kilometres (14,987 sq mi).
Trip Cost: Rs.19,000/- per head includes (Travel, Boarder Entry Permit, Transport and Standard Food).
Commercials valid for a minimum group size of four persons. Group discounts and custom tours can be worked out. We can work out special commercials for Groups of Students (Numbering over 30 Persons) with one professor / escort free for every 20 students.
Tentative Schedule:
Day 1NJP/ Silliguri to Phuentsholing to Thimphu (O/N at Thimphu).
Enjoy the journey (Silliguri to Jaigaon/ Phuentsholing) WestBengal Country side.. enjoy sweets/Dhaba food on the way.
Take your permits at Border..
Weather changes immediately as-soon-as one crosses the border and ascends the hill and so does the landscape.
Enjoy the pleasant Himalayan Safari, reach Timpu at Night Dinner and Hit the sack.
O/N at Thimpu
Day 2
Explore Thimpu.
Monasteries, Palaces, Communication Tower, Culture, Art, Zoo etc..
O/N at Thimpu
Day 3 You may go for a early morning walking trip at Thimphu (Pre-breakfast)
Post breakfast - Punakha and Dochula
Zongs, Monasteries at Punakha and Dochula, Dochula, 100 Stupas, Botaincal Garden, countryside etc..
O/N Thimphu
Day 4
Paro Museum, Watch Tower, Monastery, Zongs, Excurtion in countryside, Airport...
O/N  Paro
Day 5
Trek to Tigers Nest
Shopping at Paro, chill out in the evening.O/N  Paro
Day 6
Enjoy day journey from Paro to NJP or Silliguri
End of Trip
Click here to refer checklist for Bhutan Travel

Click here to refer our scheduled trip to Bhutan on Nov 7, 2010 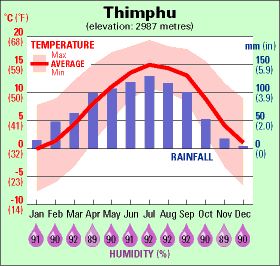