The honey-coloured Gateway of India built to commemorate the visit of the British monarch, George V in 1911 was completed in 1924. The construction was undertaken by the famous architect George Wittet . Ever since then it has been the architectural emblem of Mumbai and is without doubt, one of the most popular tourist hotspots of Mumbai. Sitting proudly on the Apollo Bunder, it overlooks the Arabian Sea. 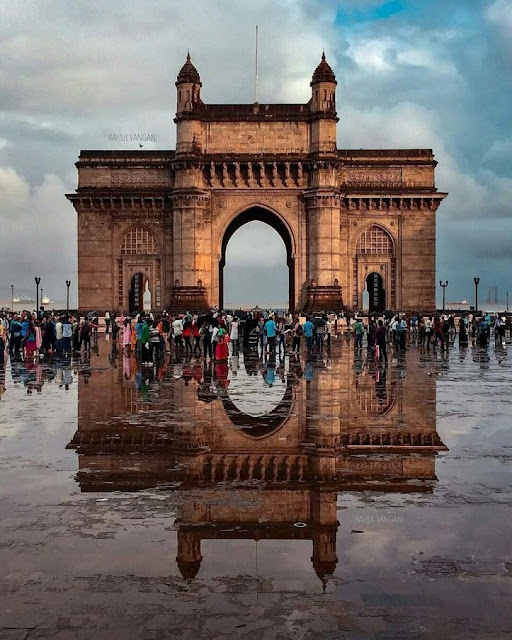 THE GATEWAY OF INDIA

The imposing structure of the monument is a beautiful confluence of Indian, Arabic and Western architecture and has become a popular tourist hub in the city. It is also the starting point of a number of ferry services that ply to the historic Elephanta Caves. 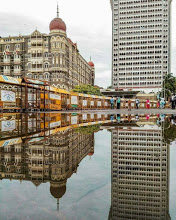 Behind the Gateway is Taj Mahal Hotel built in 1902 by the Parsi industrialist, Jamshetji Nusserwanji Tata after he was denied entry to the ‘Whites Only’ Watson’s Hotel.
The structure in itself is a made of yellow basalt and solid concrete and is embellished with numerous Muslim and Hindu motifs as well. The basalt arch of the Gateway served as the entry and exit access to India through waterways before independence and was the exit point from where the last British ship left India for England. There are statues of Swami Vivekananda and Chhatrapati Shivaji that have been installed near the Gateway as well. The view from the sea of the Gateway complex, especially at night is quite ethereal and beautiful. The Gateway of India is thus, not only a historic artefact but an example of marvellous architecture in itself! 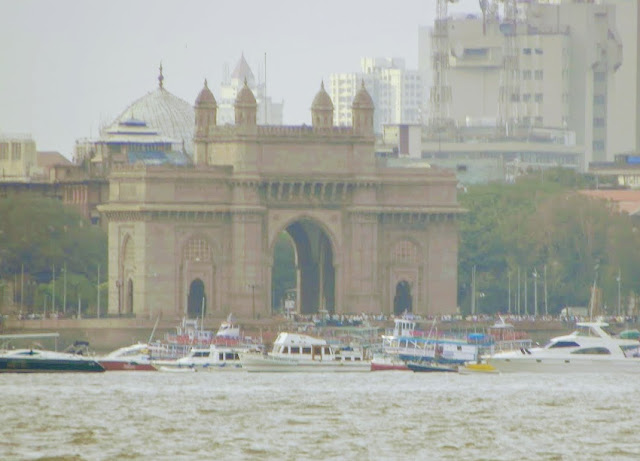 THE GATEWAY OF INDIA as seen from the Arabian Sea 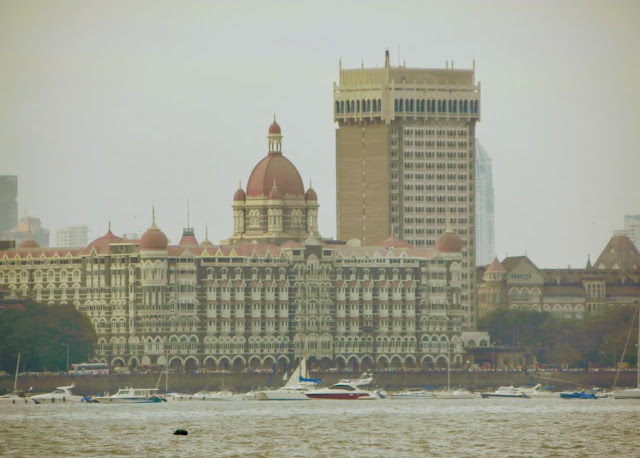 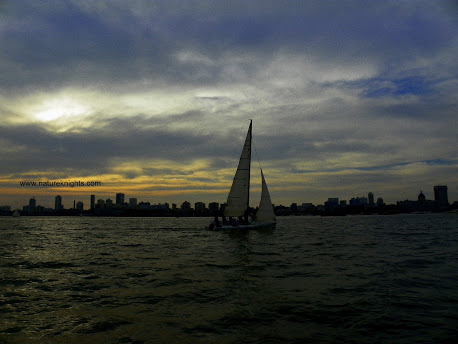 The Mumbai harbour clicked during sunset...

Read more about Bombay to Mumbai
Posted by natureknights@gmail.com